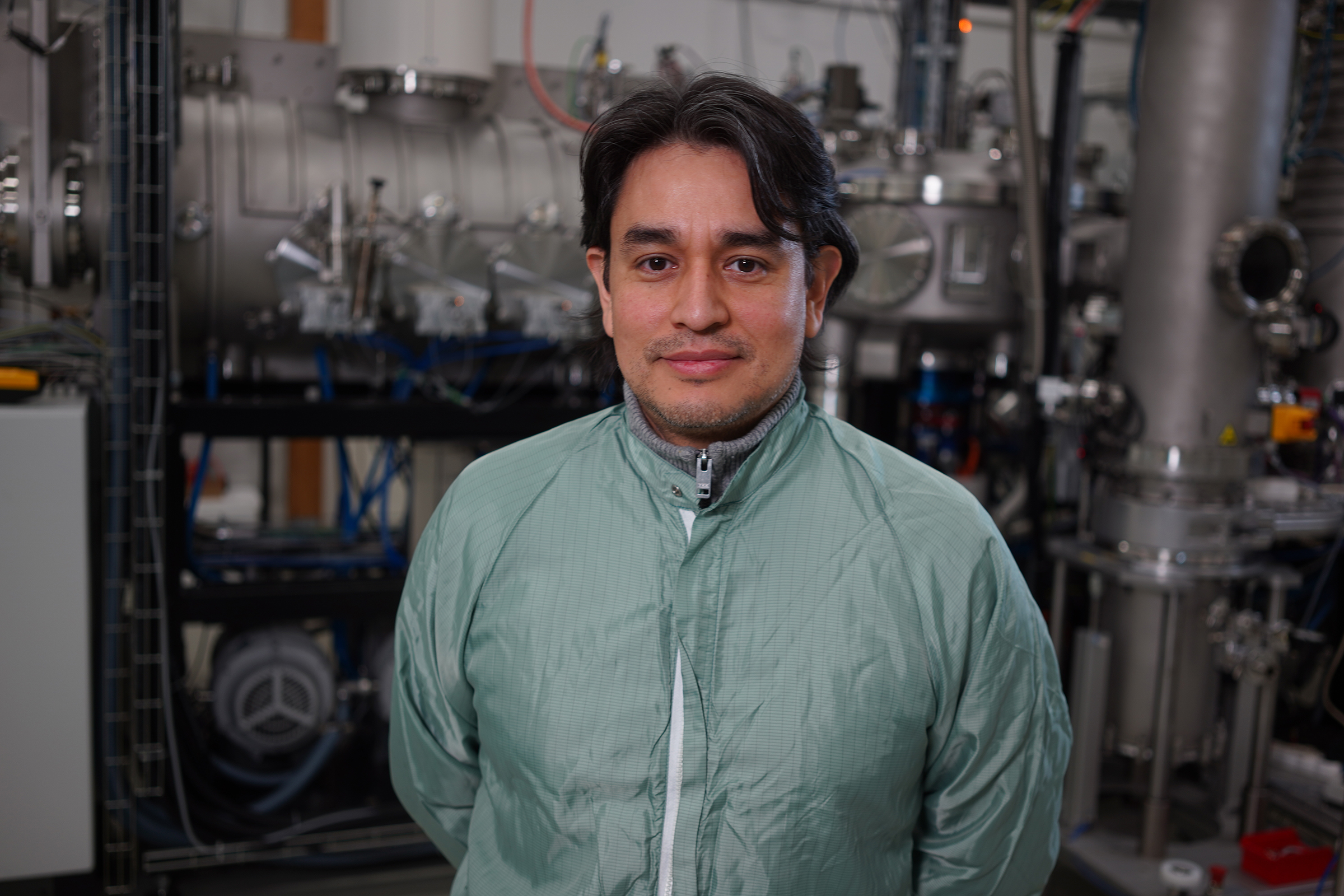 Chemist Edgar Mijangos explains how his love of chemistry and passion for the environment led him to start working at Evolar.‍

Ever since he was a boy growing up in Mexico, Edgar Mijangos has been preoccupied with solving the world’s energy challenges.

It all started with Edgar’s father, who often shared his concerns about CO2 emissions connected with burning fossil fuels with his seven-year-old son.

“I remember thinking, ‘One day, I would like to work on solving these problems,'” he says.

As Edgar made his way through school, he found himself drawn to chemistry, a field that allowed him to dig into the science behind different renewable energy sources at the molecular level.

After receiving his PhD from the National Autonomous University of Mexico, Edgar pursued post-doctoral research which brought him to Europe. His first post-doc was at University of Oxford before eventually landing a position at Uppsala University in 2013.

A career path in photovoltaics

While his research initially focused on catalysts for hydrogen production, Edgar became increasingly drawn to photovoltaics, believing the sector had the most potential as a viable alternative energy source.

“I believe it’s my duty to do something to solve these challenges,” he explains.

“We will need different sources of energy in the future and solar will be really important for our success.”

He ultimately joined a team of researchers focused on commercializing photovoltaics.

“Up to that point, my career had been in academia. But I wanted to get involved in something that was more applied research - where you work on something that can affect people directly,” he explains.

That experience helped pave the way for Edgar’s move to Evolar.

By working at Evolar, he gets to combine the best aspects of academia - cutting edge research and collaboration - with the satisfaction of knowing his research will have a direct impact on society.

“The big goal is commercializing a production process that will affect the world outside of academia. It’s more concrete,” he explains.

Working at Evolar: ‘Every day is different’

As a Research and Development Engineer at Evolar, Edgar’s core responsibilities include planning and defining the experiments the team will carry out each week.

“I would say that this is really my dream job - working to help solve the energy challenges the world faces today,” he says.

“Every day is different. I never get bored.”

While most of his colleagues have a background in material science, Edgar says being a chemist helps him understand things in different ways. This diversity of viewpoints and backgrounds is one of the things that makes working at Evolar so rewarding.

“Everybody brings their different knowledge and expertise to the table and that helps us solve issues more efficiently,” he says.

One of the aspects of his job that Edgar appreciates most is the high level of respect and solidarity shared among his colleagues.

“We work hard to achieve not only our own goals, but also look for ways to help others reach their milestones as well,” he explains.

“Everyone is always giving their best.”